Yogyakarta – On Wednesday, 20 April 2016, at the Hall of PPPPTK Matematika, Prof. Subanar officially opened this year’s first regular course entitled Course on Differentiated Instruction for Senior High School Mathematics Teachers. The course opening ceremony was not only attended by staff and management of the Centre but also the Head of PPPPTK Matematika, […]

The Ministry of Education and Culture of the Republic Indonesia held the Sixth Annual Forum for High Officials of Basic Education of SEAMEO Member Countries at the Padma Hotel, Bandung, Indonesia from 25 to 26 April 2016.  The theme of this forum is Adopting 21st Century Curriculum. This event was co hosted by the SEAMEO […] 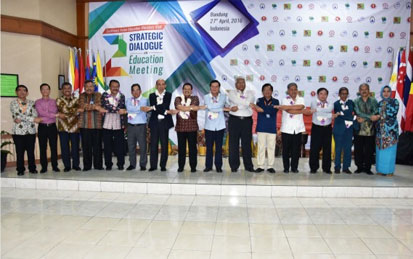 Bandung- Six SEAMEO Centres in Indonesia held exhibition back to back with the 2nd Strategic Dialogue for Education Minister in PPPPTK IPA, on 27 April 2016. This event was attended by high officials and representatives of the SEAMEO Members countries. Attending the event are high officials and representatives from Brunei Darussalam, Cambodia, Indonesia, Lao, Malaysia, […] 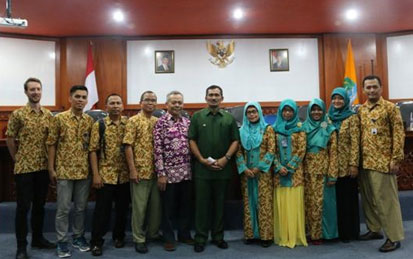 Aceh Jaya – SEAMEO Regional Centre for QITEP in Mathematics in collaboration with Education, Youth, and Sport Office, Aceh Jaya District holds in-country training focused on IT-based mathematics learning for junior and senior high school mathematics teachers in Aceh Jaya District. The training was one the follow up action of the Memorandum of Understanding (MoU) […]